MAKE ME A SUPERMAN:

A Second Life for MAKE ME A MAN

MAKE ME A MAN, a webwork that I created in 1997 revealed the striking social similarities of gender antagonism in both the cultures of the New Guinea Highlands and those of the West. These civilizations are founded on the learned nurtured behavior of men at the expense and alienation of women. In this blog entry, I take Barack Obama as my subject, examining the many ways that his upbringing radically diverged from the process of man-making I investigated in MAKE ME A MAN. I propose that Obama's feminine attributes contribute to his success and popularity and make him a Superman. 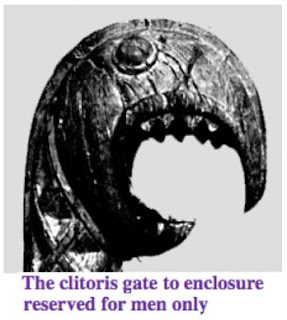 In the prior work, I employed Herdt's four precepts for Initiation into Manhood:
Enter through the clitoris gate, reserved for males only.
Purge the female stuff absorbed from the mother.
Emulate mothers' reproductive/nurturing powers.
Muscles are an emblematic icon of seminal continence.1

Both cultures acknowledge the physiological superiority of women because of their ability to give birth.

My identity may begin with the fact of my race but it didn't end there.2 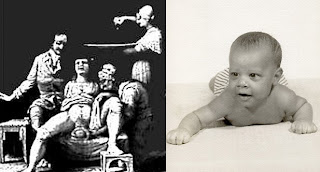 It is men who must be molded and configured into ideal masculinity. 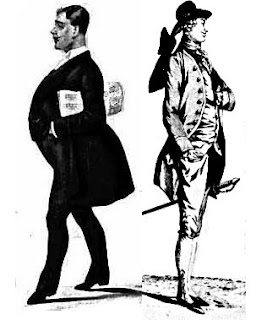 Contrary to the concepts of gender explored in MAKE ME A MAN, Barack Obama's whole evolution, the influences of his youth, and his relationship with his Mother are all antithetical to the precepts outlined in MAKE ME A MAN. 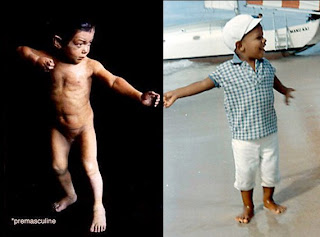 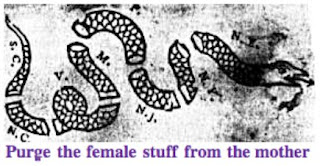 A Sambia boy squats in a sweet potato garden. Upon his initiation into manhood at the age of seven he is taken away from his mother. The gardens will become polluting to him and he will be trained to be a warrior. 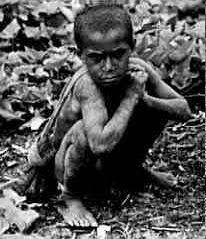 An older man bleeds an initiate's nose during the first purging of female pollution from maternal contact. 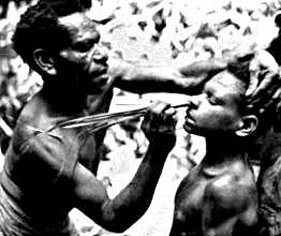 Women's fluids, essences, and powers are dangerous and inimical to men. 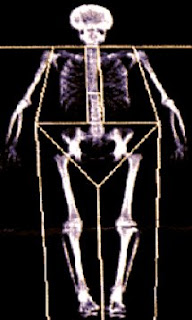 Throughout my life I have been blessed to be surrounded by strong compassionate women–from my own mother, sisters and grandmother to my wonderful mother-in-law and beautiful wife. - Barack Obama 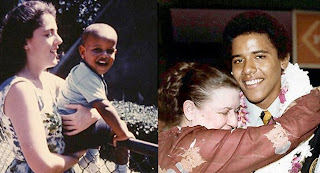 What is significant is the denial of the affective relationship of a boy with his mother. - Freud 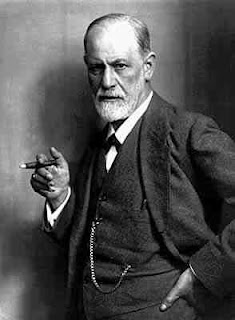 Boy identification role learning has little to do with the relationship with a father. - Freud 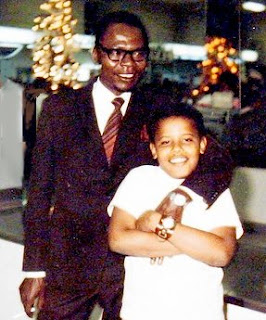 You have me to thank for your eyebrows. Your father had these little wispy eyebrows that don't amount to much. - Barack Obama's Mother 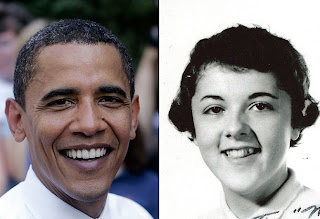 To achieve manhood men must conquer the feminine, their "Jewish anima"- Jung 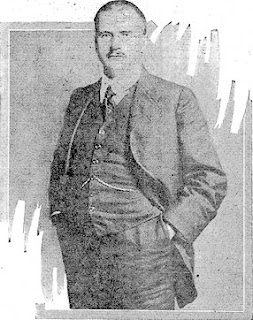 The male has a wet-nursing responsibility. 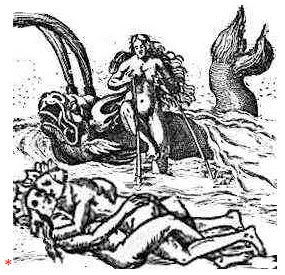 ..a man can never be too busy to know his own people. - Barack Obama's Granny 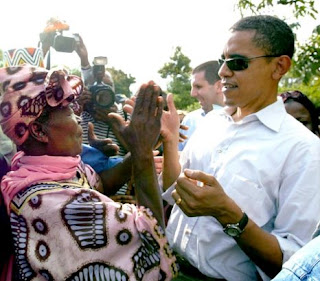 I knew as well that traveling down the road to self respect my own white blood would never recede into mere abstraction. I was left to wonder what else I would be severing if and when I left my mother and my grandparents at some uncharted border. - Barack Obama 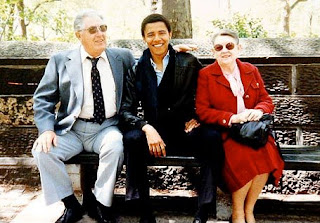 Without power for the group, a group larger even, than an extended family, our success always threatened to leave others behind. - Barack Obama 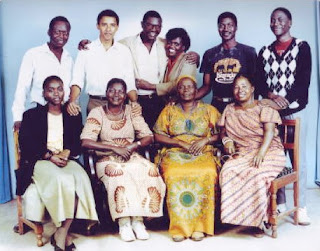 Initiates are taken to the birth house to build a sense of maleness, where the first three Sambia initiation stages are collective, a group impact having psychological effect. 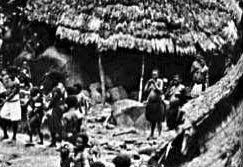 Bravery, hatred of any weakness, of flinching before pain or danger has been the selected key to masculine behavior. 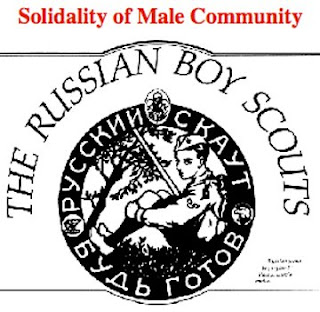 The constant, crippling fear that I didn't belong somehow, that unless I dodged and hid and pretended to be something I wasn't I would forever remain an outsider, with the rest of the world, black and white, always standing in judgment. - Barack Obama 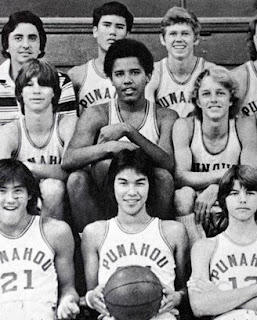 If you want to grow into a human being you're going to need some values. - Obama's Mother 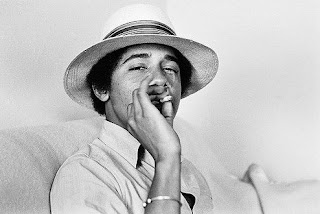 No one could tell me what my blood ties demanded or how those demands could be reconciled with some larger idea of human association, the code that would unlock our blessings had been lost long ago, buried with the ancestors beneath a silent earth. - Barack Obama 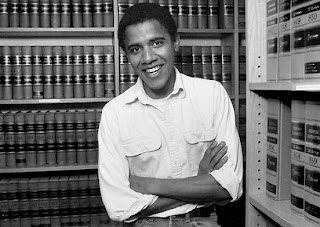 That great clot of genital fluid in the brain. - Ezra Pound 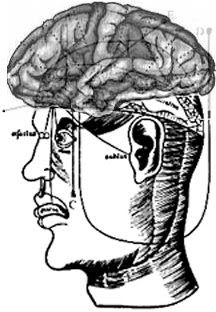 But your brains, your character, you got from him. - Barack Obama's Mother 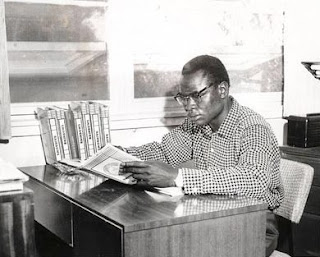 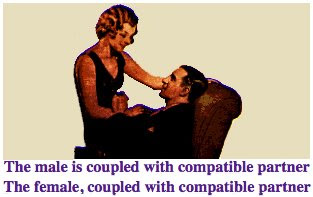 The HERO, the man who overcomes the TERRIBLE MOTHER breaks the teeth out of her VAGINA, makes her into a WOMAN. 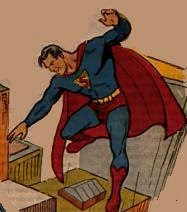 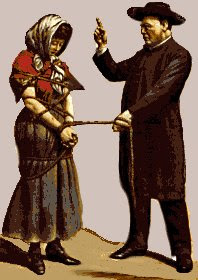 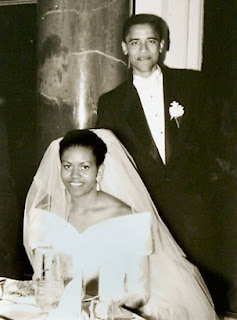 The resigned passive wife is an indication of successful acculturation. 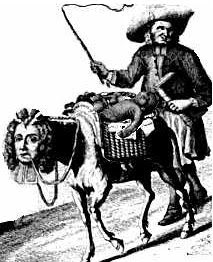 1. All quotes in this artwork, unless otherwise attributed, are from Barack Obama, Dreams from My Father: A Story of Race and Inheritance, (New York: Three Rivers Press, 2004).